When I started setting up my classroom this year, one of the first things I was looking for was a colorful United States map. U.S. history is part of the 5th grade California social studies standards, so I knew that I wanted a map in the classroom to refer to while we were learning about our nation’s history. If you know me, you know that I love all things bright and colorful, so of course I was on the search for a large, colorful map to hang in my classroom. 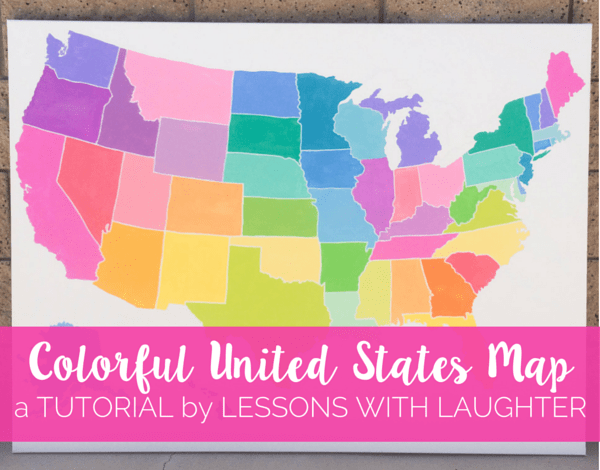 After many days spent searching for maps online and in stores, it became clear that I was not going to find exactly what I was looking for, so I came to the next-best option to buying a map… I decided to make one! I’m excited to share with you a tutorial so that you can create this colorful United States Map for your own home or classroom.

Originally I was hoping to use a material canvas that I could use interactively by pinning things onto it, however when I went to Michael’s I couldn’t find any. I decided to purchase a large wrapped canvas instead, along with the paints and other necessary materials. 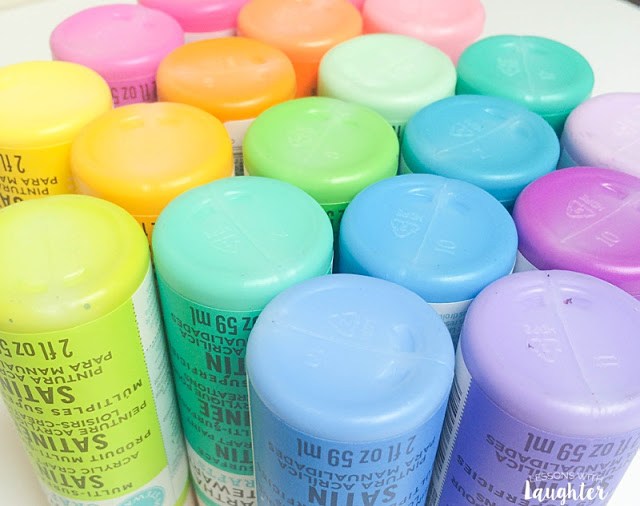 To begin this project, I found a map of the United States that I liked online and then opened the window with the black and white image on my computer. Next I connected my printer to a projector so that the image could be projected onto the canvas. I had to prop the canvas up on a few chairs in order for it to line up with the projected image and be at an angle that was comfortable for me to trace. Then I slowly worked my way across the map lightly tracing the state’s outlines with a pencil. 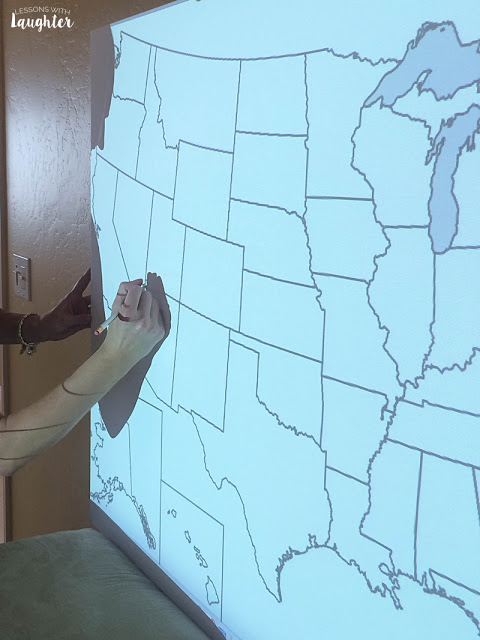 After I was finished tracing, I had a nice outline of the United States to work with. 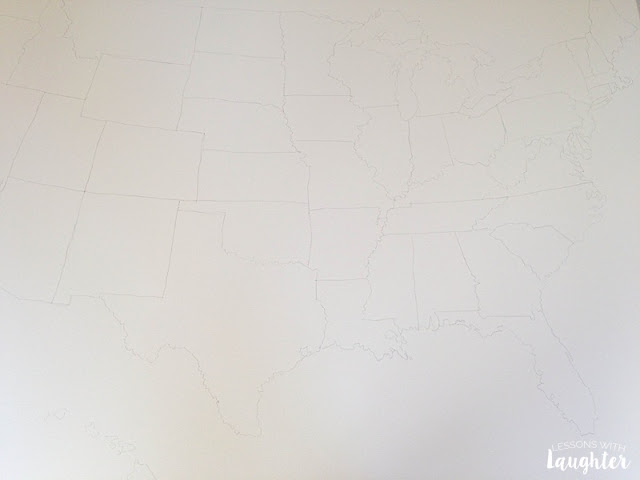 I laid out all my paints and tried to plan out where I wanted the colors to go. (I actually printed out a copy of the map I traced on paper and put a dab of paint on each state in order to see how the colors would work together… this step is definitely not required and I actually ended up scrapping that color plan and just kind’ve chose colors as I went. But I did have a general plan. 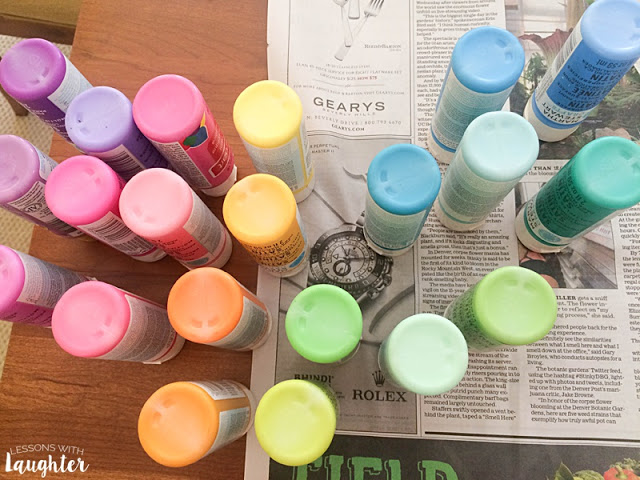 I painted each state with a coat of paint and then went back over the paint with a second coat after it dried, starting on the left side of the map and working my way over to the right. 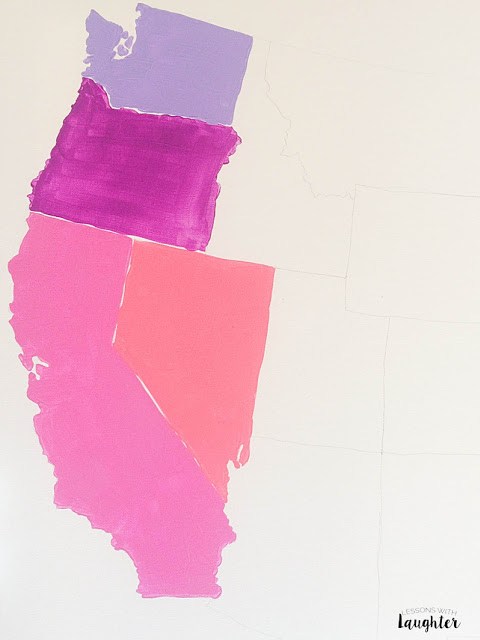 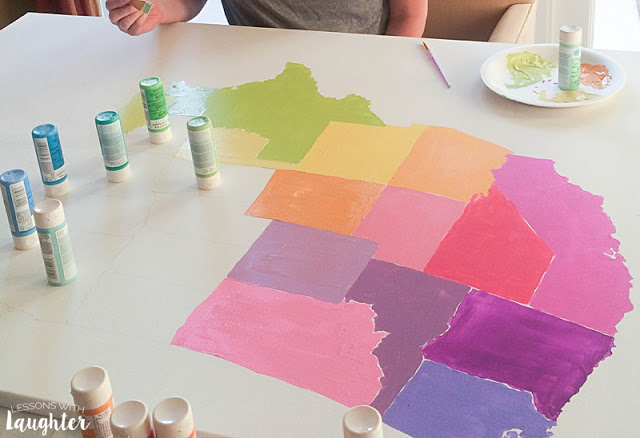 This is what the map looked like after I finished painting all of the states. I went back and forth as to whether or not to paint the great lakes. I decided just to keep them white for now since I already had some states painted in shades of blue. 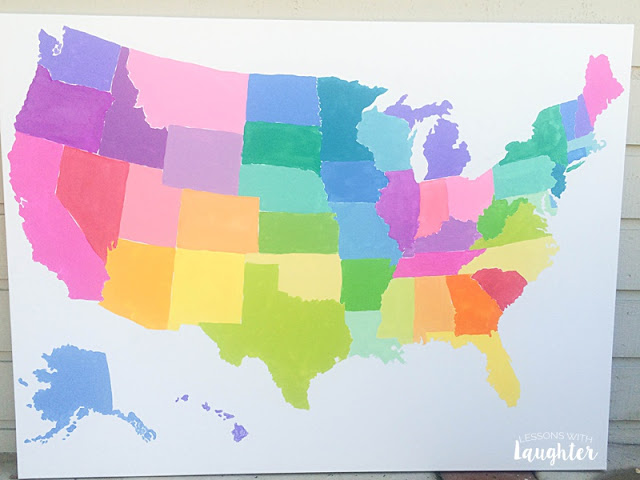 The last step was using my Sharpie paint pen to trace the borders between each state. This helped really define the states and put a nice finishing touch on the map! 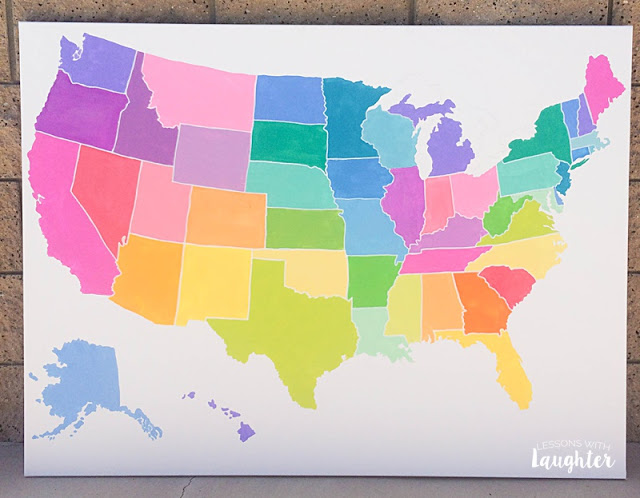 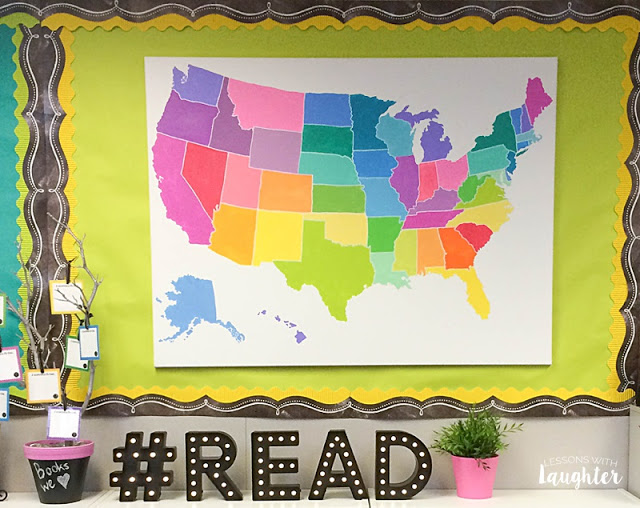 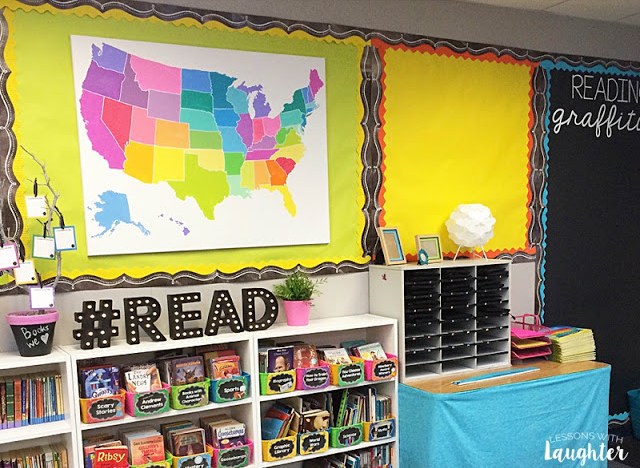 I hope this Colorful United States Map tutorial was helpful for you! If you use it to create your own map, let me know! I would love to see pictures! 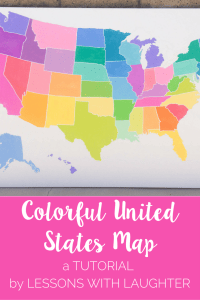 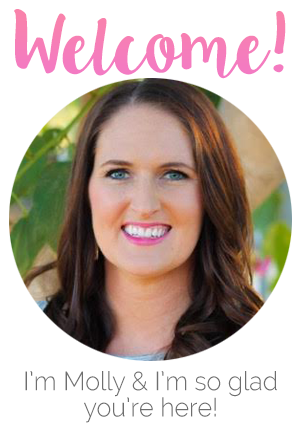 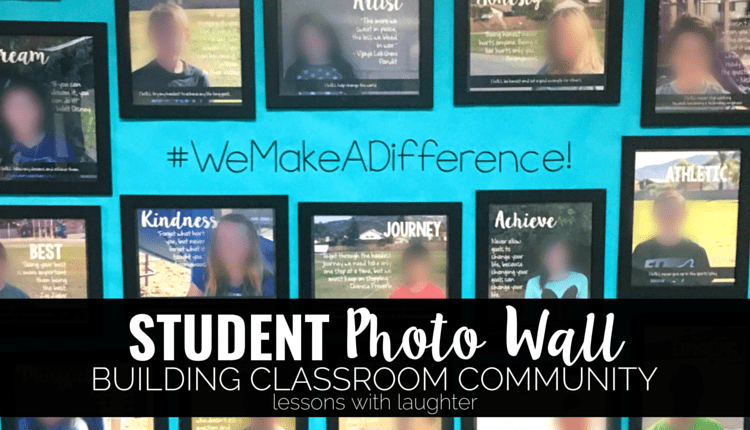 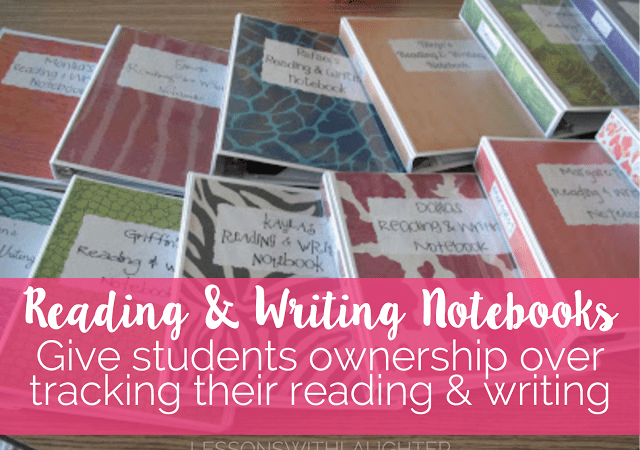 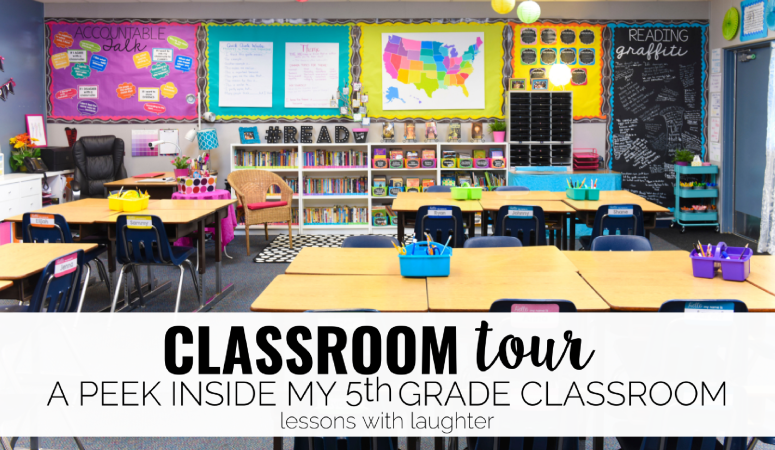 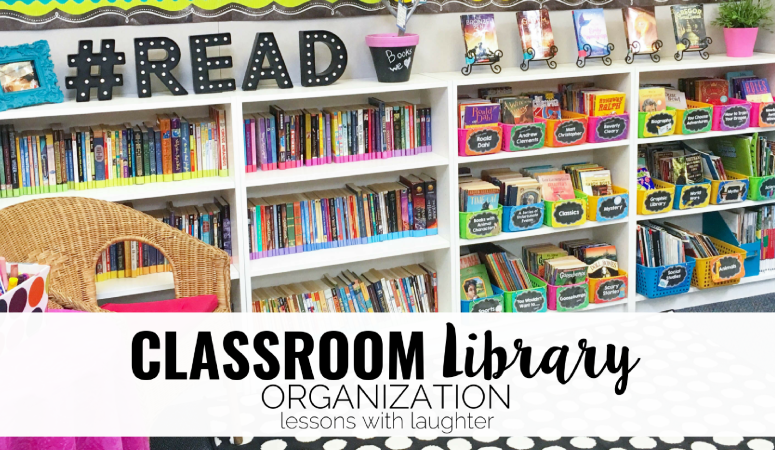